The Key to Luke's Gospel

The Key to Luke's Gospel

We’re back into our study of Luke’s Gospel this morning, so let’s open our Bibles to the Gospel of Luke. We’ve had many months away from Luke, haven’t we? We’re going to have to knock the rust off a little bit. So, I thought I’d approach our study just a little bit differently this morning, just to get the gears turning again and give you a little review of where we’ve been. In one sense our study of Luke’s Gospel in the first few months of the year has only scratched the surface, right? We had just been getting into it. We started in verse 1 and made it to verse 38. That covered Luke’s prologue, kind of his purpose in writing. And then the two annunciations narratives, the angelic announcements to Zechariah and Mary about the birth of John the Baptist and then Jesus Christ. In another sense, though, we, though we’re not very far into Luke, we’ve already discovered a key that opens the door to a massive vault of treasure. And it’s the nature of that key—I’m going to identify the key, and I’m going to give you the nature of that key. That’s what I want to focus on for this morning. By observing how Luke has kind of brought us into this Gospel by seeing how the story begins, we’re going to learn some very important lessons about the key that gives us access to all the treasures contained in the Gospel of Luke. Without the key, or if you have that key and you don’t use it, well, the treasures of Luke’s Gospel remain locked to you, okay? 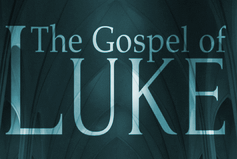 More in The Gospel of Luke

Associate with the Lowly